Tickets for all seven Vitality Blast home games are on sale now. Buy in advance to save and back the Falcons this summer!
Buy Tickets 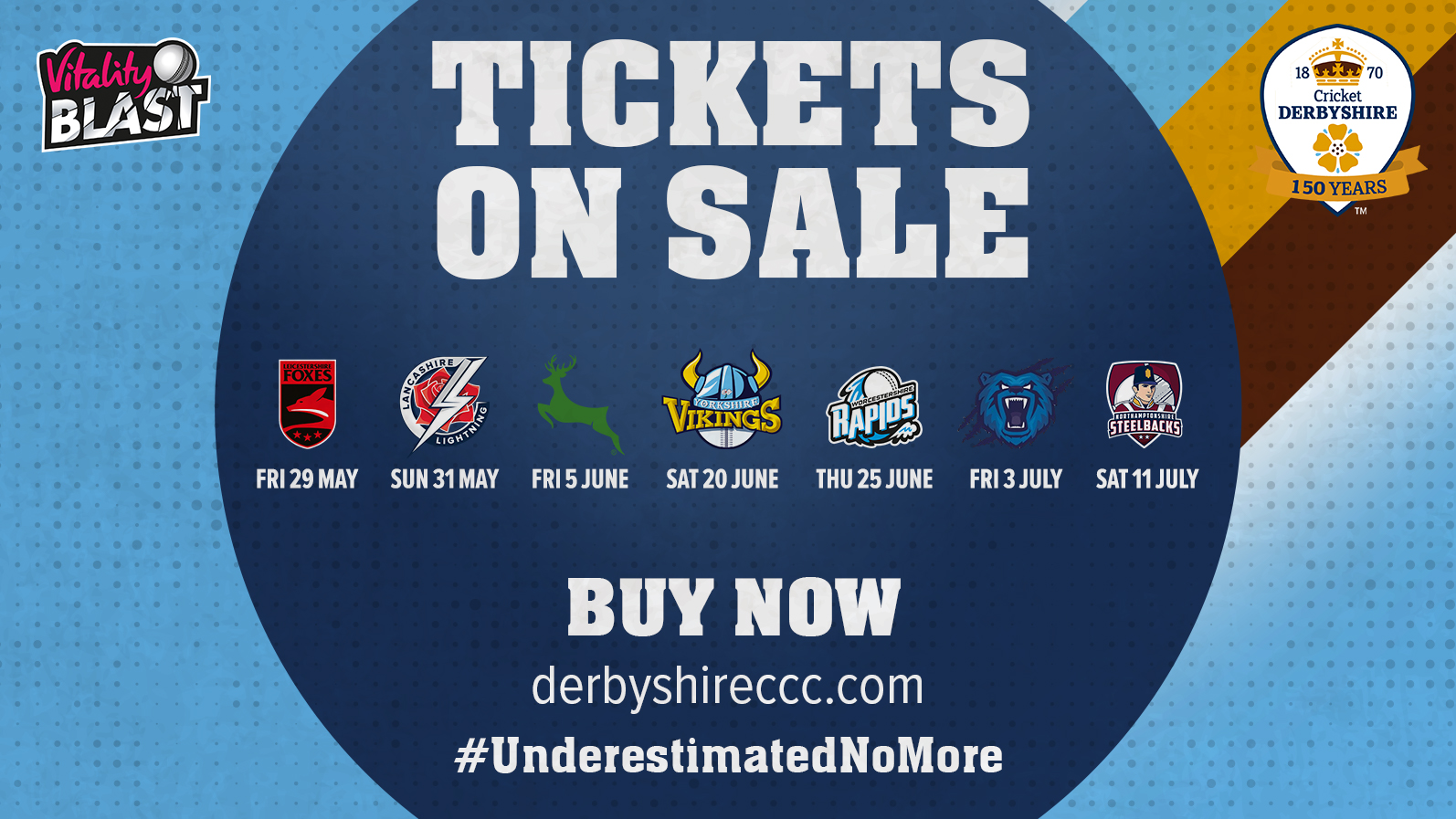 More than 3,000 tickets were sold in the window, with the Yorkshire fixture at Queen’s Park already having more than 1,500 tickets purchased.

The Falcons will play seven home fixtures on prime evening and weekend dates across May, June and July, as they aim to make it back-to-back Finals Day appearances.

Dominic Cork’s side will begin their campaign at The Incora County Ground against Leicestershire Foxes on Friday 29 May (7pm start), before hosting Lancashire two days later in our Family Fixture (2.30pm start).

Rounding off a trifecta of home matches, the Falcons will face fierce rivals, Notts Outlaws, in the East Midlands Derby on Friday 5 June, in a 6.30pm start.

Derbyshire return to Queen’s Park, Chesterfield, on Saturday 20 June, to face Yorkshire as part of the Festival of Cricket (2.30pm start). Can the Falcons make it seven wins in-a-row against their rivals?

Both the East Midlands Derby against Notts, and the match against Yorkshire at Queen’s Park sold out in 2019, and demand is once again high for all seven home matches, so buy now to avoid disappointment and back the Falcons this summer.

From the East Midlands Derby, to Yorkshire Vikings at Queen’s Park, the Falcons will compete in some huge matches this summer.The biggest clashes

More than 1,500 tickets have been sold for the Yorkshire fixture on Saturday 20 June after record sales during the Priority Window, after selling out for the last three seasons.

And after selling out for the first time since 2013 last year, demand is again high for the East Midlands Derby on Friday 5 June at The Incora County Ground.

Prior to last season, Derbyshire were the only county not to appear at Vitality Blast Finals Day, but that all changed in September 2019.

After picking up seven wins in the North Group, including victories over Lancashire, Leicestershire, Worcestershire and a double over Yorkshire, Billy Godleman’s side went on to beat Gloucestershire in the quarter-final.

Ravi Rampaul finished as the tournament’s leading wicket-taker, while the top order of Godleman, Luis Reece, Wayne Madsen and Leus du Plooy struck a club-record 14 half-centuries between them.

With Dominic Cork returning as Twenty20 Head Coach, along with the overseas signings of Sean Abbott and Ben McDermott, the Falcons will be looking to challenge for silverware in 2020.