On Friday 5 June, Derbyshire Falcons will host Notts Outlaws, with plenty of old scores to be settled.

Last year’s fixture at The Pattonair County Ground was played in front of a sold out crowd, as local rivals battled for early points in the North Group.

Luis Reece smashed a brilliant 60 for Derbyshire, while Ravi Rampaul claimed one dismissals on his way to a competition-high 23 wickets. Alex Hales and Ben Duckett both hit half-centuries for the visitors, while Harry Gurney picked up 5-30 with the ball.

While Notts may have claimed victory on that occasion, both sides would enjoy success during the 2019 campaign, reaching Finals Day and making it to the semi-finals. 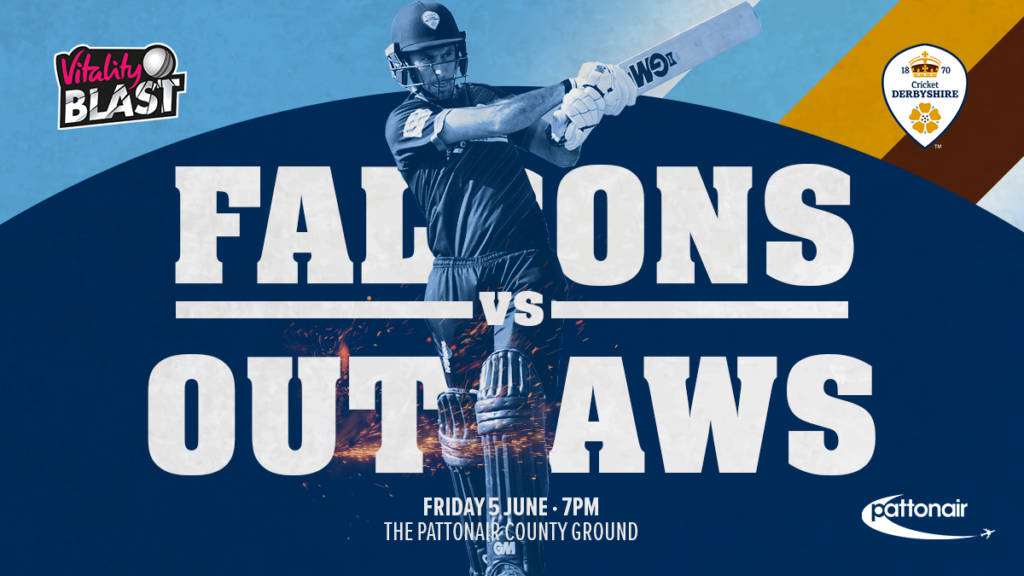 The Falcons will be looking to revenge against their local rivals this year, with Australia internationals Sean Abbott and Ben McDermott added to the squad, and a top-order hoping to build on their 14 half-centuries scored in 2019’s competition.

Over the last three seasons, Wayne Madsen has scored 168 runs against Notts, with a high-score of 86 not out which he struck at Trent Bridge in 2017. He will be aiming to hit a big score in Derby this time around.

After 2019’s sell out, tickets are once again expected to be in high-demand, and you can secure your place at the East Midlands Derby by registering for tickets today.

With a Blast Pass, you can watch every ball of the Falcon’s home Vitality Blast North Group campaign for just £89, with added benefits such a priority windows for quarter-finals and semi-finals.

Vitality Blast Pass! Back the Falcons in 2020 and watch every home Vitality Blast group game for just £89. Buy now and save over 30%. Derbyshire Falcons: Underestimated No More.