Can the Falcons extend their unbeaten run over Yorkshire Vikings when they return to Queen’s Park, Chesterfield on Saturday 20 June?
Buy Tickets

After seeing a record number of tickets sold during the pre-sale window, this year’s Vitality Blast fixture at Queen’s Park is expected to once again be in high-demand, after selling out in the previous three seasons.

More than 1,000 tickets have already been sold for the match, so don’t delay, buy now to guarantee your place and support the Falcons against Yorkshire Vikings.

Will the streak continue?

Having done the double of their fierce rivals in the previous three seasons, the Falcons will be looking to extend their unbeaten run over Yorkshire this year.

Captain Billy Godleman has scored match-winning half-centuries in Chesterfield in each of the last two seasons, will the skipper again lead from the front in 2020?

The streak began in July 2017 at Queen’s Park, when a 28-ball 42 from Wayne Madsen, and three wickets from Imran Tahir helped the Falcons to a three-run victory.

The ground witnessed a thrilling contest in 2018, when Derbyshire hit the winning runs with just one ball to spare.

Matt Critchley struck the winning boundary off Tim Bresnan, on his way to a scintillating 38 from just 17 deliveries, while Godleman led the way with an unbeaten 71.

Ravi Rampaul had earlier taken 4-19 to limit the visitors to 166-8 from their 20 overs, as the Falcons extended their streak to three matches.

Just as it did a year prior, the 2019 contest went down to the final over with Godleman (70 not out) and Critchley at the crease.

With five balls to spare, Derbyshire’s five-wicket victory was confirmed when David Willey bowled a wide down the leg-side.

Luis Reece believes Derbyshire and Yorkshire will once again play in front of a special crowd at Queen’s Park, Chesterfield on Saturday 20 June (2.30pm start).

The Falcons will be aiming to extend their unbeaten run over Yorkshire when they meet in Chesterfield, where they have played in front of sold out crowds in each of the last three seasons.

The last two meetings at Queen’s Park have been decided in the final over, with captain Billy Godleman hitting half-centuries both times.

Reece says the players look forward to facing Yorkshire in Chesterfield each year, and is excited to perform in front of a big crowd at the ground once again.

“It’s an incredible atmosphere on both sides,” said Reece.

“The supporters come and give each other banter, they get involved in the game and they are very close to the game, so the players can feel the atmosphere.

“When it’s sold out, it really is a great place to play cricket, the players really thrive on that crowd. We have had so many close games over the last few years and the supporters have fed off that and have left with great memories.

“We love entertaining as players, and they are such a passionate crowd and this year will be no different.

“It’s always earmarked as one of those fixtures you want to play in, and one for spectators to come and watch, so getting a ticket early is massively important, to make sure you can be there to witness one of the spectacles of our season.”

Tickets for this year’s fixture are on-sale now, but be quick, more than 1,000 have already been sold for the match, so buy now to secure your place.

Australia internationals Sean Abbott and Ben McDermott will get their first taste of Queen’s Park, while the likes of Billy Godleman, Luis Reece, Wayne Madsen, Leus du Plooy and Ravi Rampaul will be looking to build on their outstanding form from 2019. 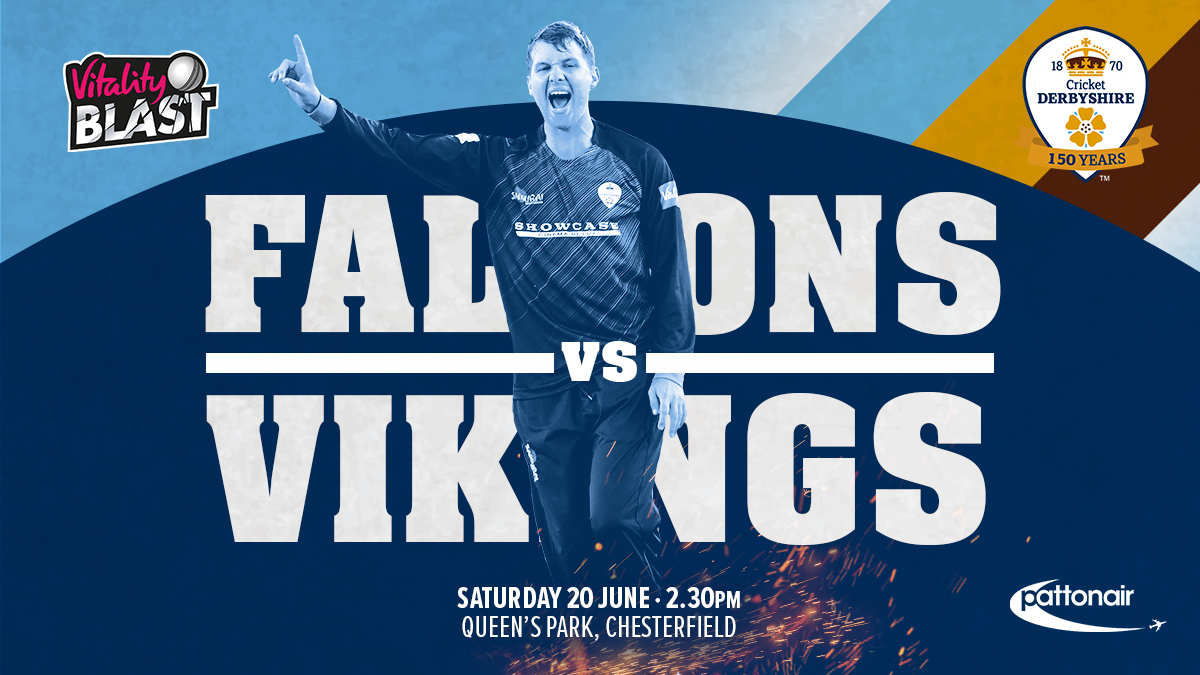 With a wide-range of beverages from the Brampton Brewery bars, to sweet treats from the famous Frederick’s Ice Cream, as well as plenty of other food and drink options, there truly is something for everyone at Queen’s Park this summer.

Enhance your Queen’s Park experience while you take in explosive action in front of a sold out Derbyshire crowd against Yorkshire Vikings in Chesterfield.