Cricket Derbyshire Academy in partnership with the University of Derby 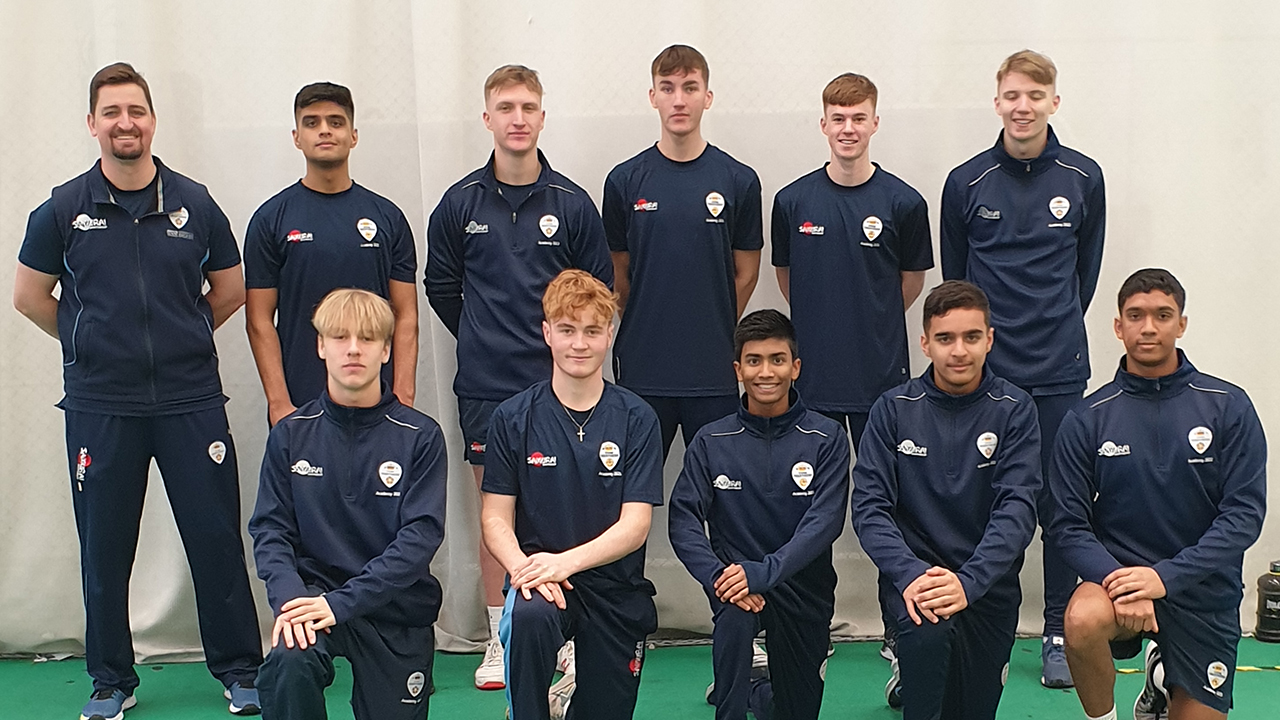 Derbyshire County Cricket Club is delighted to announce the Boys’ Academy intake for the 2022 season.

The Academy headed up by Head of Talent Pathway, Daryn Smit, will be working throughout the winter period with ten young cricketers, from the ages of 16 to 19, training at the Incora County Ground, Gateway Centre.

Three new players come into the Academy for the first time. Tom Kent-Smith, who has been involved in the Pathway Age Groups from the Under 10’s, O’Shay Reddy joins from Cheshire this season and Callum Hawkins arrives from Staffordshire and Warwickshire EPP.

Of the ten players, six  have been a part of the Mini Academy or Academy Programme for the last three years.

Mitch Wagstaff earned First Team recognition in the Royal London Cup competition during the 2021 season which was valuable for his development and a benchmark for further Academy players to aspire to. This as well makes the players believe that if they are performing well on the Pathway and in the Second XI there is an opportunity to play First Team Cricket and a career in playing First Class Cricket for Derbyshire.

The Academy Intake for 2022 are as follows:

The winter programme will consist of coaching for three hours at a time, twice a week focusing on individual and small group work. In February, the Academy group will also experience a cricket tour to Desert Springs (Spain) which will combine training and matches throughout the week. Mayer will also be working the players hard to improve their fitness, strength, agility, speed and movement patterns throughout the winter.

Daryn Smit said “I am delighted with the group of players that we have assembled. The quality of our Academy group over the past two years, although heavily impacted by covid, has been fantastic and I am confident that this group can go on to reach even greater heights both individually and as a group”.