All-rounder Alex Thomson has signed a two-year deal with Derbyshire, while fast-bowler Michael Cohen has penned a one-year extension.

Thomson, 27, will remain on-loan from Warwickshire until his new contract commences at the end of this season. The off-spinner, who also offers powerful lower-order striking, has featured in five Vitality Blast fixtures and is in line to make his Derbyshire first-class debut this weekend. 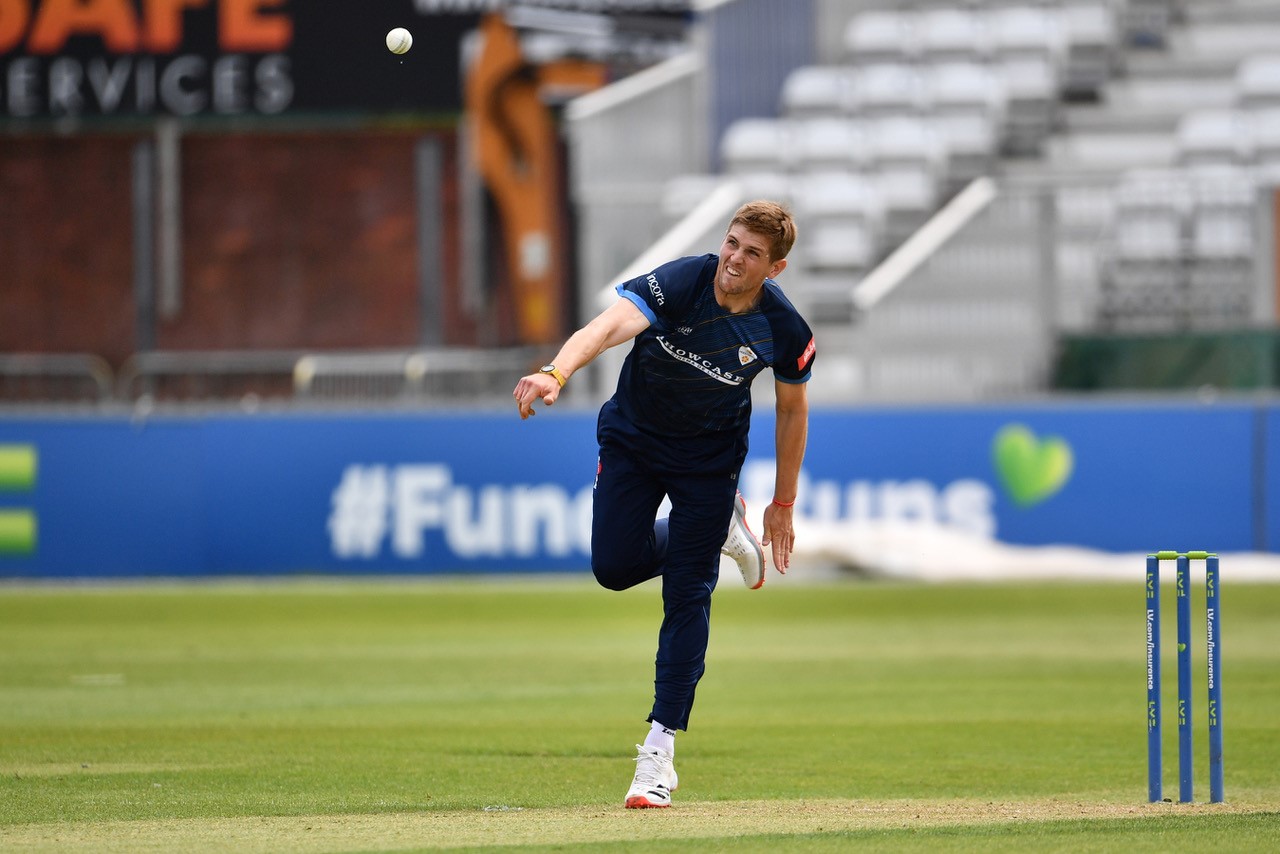 Left-arm quick, Cohen, has been a regular member of the red ball bowling attack since he joined in 2020, claiming his first five-wicket haul for Derbyshire last month, when he took 5-43 against Warwickshire at The Incora County Ground.

The 22-year-old has also taken nine wickets in 12 Vitality Blast matches, with best figures of 2-17.

Head of Cricket, Dave Houghton, said: “Mikey has shown real promise during his time with us so far, and we’re looking forward to seeing him develop further over the next year.

“We signed Alex on-loan with the view of looking at him for a future move. He’s impressed us, not only with his quality, but how well he’s settled into the dressing room, and I’m really pleased to welcome him permanently.

“We’re trying to get a head start on our recruitment for next season, and these moves represent a forward step in our plans.”

Thomson added: “I’ve loved my spell with Derbyshire, so it’s really exciting to make the move permanent. A two-year deal is a big responsibility, and I’m so thankful for the belief that Derbyshire have in me.”

Cohen said: “Since I moved to Derbyshire, the supporters, players and coaches have made me feel right at home, and I’m so happy to be able to continue our journey together.”