England vs New Zealand in Derby - One week to go 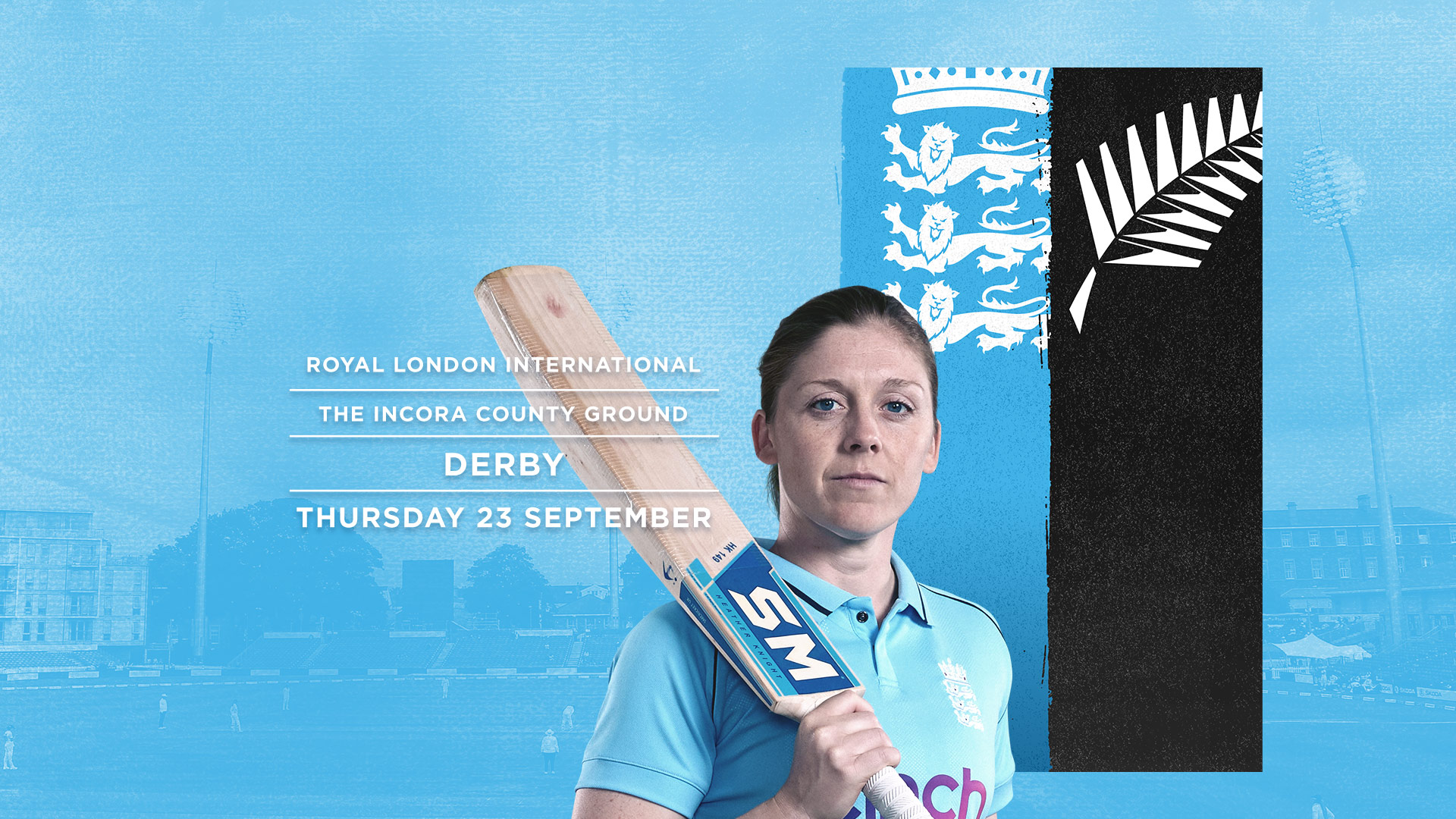 The hosts announced their squad for the series last week, with Southern Vipers off-spinner Charlie Dean earning a maiden call-up to the national side, while Derbyshire-born all-rounder Sarah Glenn retains her place in the squad, after putting in a Player of the Series performance against the West Indies in Derby last year.

Glenn comes into the ODI series after moving up to number two in the Twenty20 bowlers rankings, while fellow compatriot Sophie Ecclestone claims top spot. Both have been named in the 50-over squad, and they could feature as England look to extend their unbeaten streak in Derby, which started against the same opposition in 2017.

England’s Tammy Beaumont is ranked as the number one ODI batsman in the world, and she will have a big part to play, alongside Nat Sciver and Katherine Brunt, if they are to extend their unbeaten run in Derby.

England bring it all to The Incora County Ground next month! ?

With two ODI wins and five T20 wins at The Incora County Ground, Derbyshire’s HQ has been a happy hunting ground for England in recent years. Along with hosting fixtures in the 2017 ICC Women’s World Cup, the ground has become the premiere venue for international women’s cricket in the Midlands.

Tickets are on sale now and can be purchased below,

This fixture is included in 2021 Derbyshire Membership and Members are not required to claim a ticket at this stage. Any updates will be communicated on the Members’ Hub.