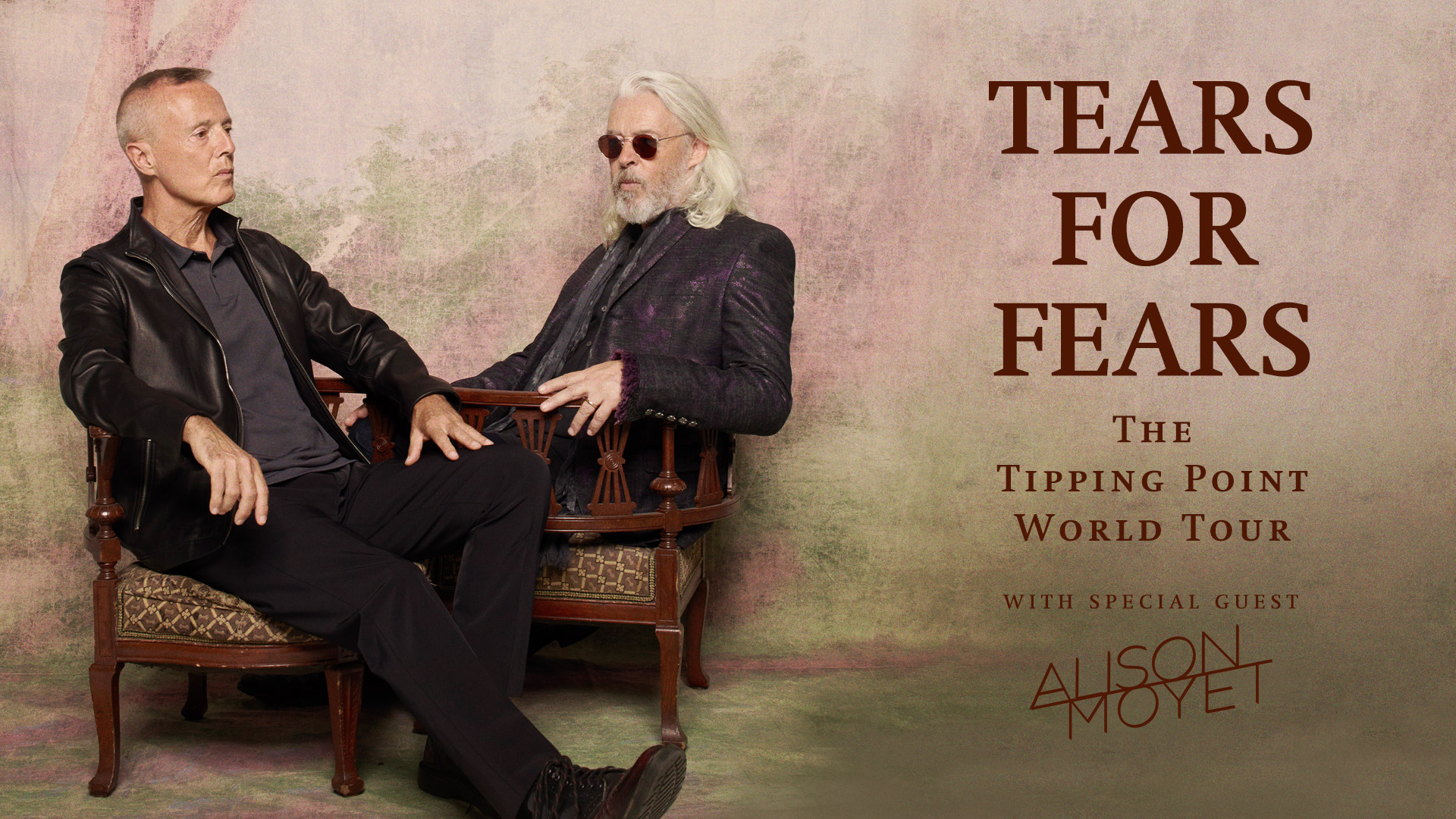 With Tears for Fears performing live at The Incora County Ground next year, we take a look at five of their biggest hits!

One of the most iconic bands of the 80’s, Tears for Fears have sold more than 30 million albums worldwide and can call on a stunning back catalogue, containing all of the hits you’ll read about below and so much more.

Tickets are on sale now for the concert, which will take place on Tuesday 12 July, with hospitality packages also available.

We would love to hear what your favourite song is from the famous pop band. Tweet us using the hashtag #MyTearsForFearsHit to let us know!

Mad World was released in 1982. Roland Orzabal composed the song and Curt Smith sang the lead vocals it was the band’s third single release and the first chart hit, reaching number three on the UK Singles Chart in November 1982.

4 – Sowing The Seeds Of Love

“Sowing the Seeds of Love” was the title track to their 1989 album. It was released as the first single from their third studio album. The song was a worldwide hit, topping the Canadian RPM Top Singles chart and reaching the top ten in Ireland, Italy, the Netherlands, New Zealand, Spain, Sweden, United Kingdom, and on the European Hot 100.

Head Over Heels was recorded for their second studio album Songs from the Big Chair (1985). The song was released in 1985 by Phonogram Records, as the album’s fourth single. It was the band’s tenth single release in the United Kingdom and eighth top 40 hit in the region, peaking at number 12. In the United States, it was the third single from the album and continued the band’s run of hits there, peaking at number three on the Billboard Hot 100 chart. After two straight number one singles, “Head Over Heels,” still did phenomenally on the charts, peaking at number two.

As we close in on the top spot on the top five Tears For Fears songs list, we turn to the second single released from their second studio album, Songs from the Big Chair. The massive stadium-sounding song “Shout,” was the group’s first number one single of their career. “Shout” would become one of the most successful songs of 1985, eventually reaching number 1 in multiple countries. It is regarded as one of the most recognizable songs from the mid-eighties and is recognized by Chris True of AllMusic as a “Tears for Fears signature moment”.

1 – Everybody Wants To Rule The World

Closing out the top five Tears For Fears songs list is the great song “Everybody Wants To Rule The World,” which was released on their grand album Songs From The Big Chair. “Everybody Wants To Rule The World,” was the third single released from the album. Along with “Shout” (1984), it is one of the band’s signature songs. An international success, the song peaked at number two in Ireland, Australia, and the United Kingdom and number one in Canada, New Zealand, and on the US Billboard Hot 100.