Heritage Insight: A history of Women’s Cricket in Derbyshire

There is a painting which may be familiar to many – a copy is situated in the pavilion at the Incora County Ground, Derby – dated 1789 by Joseph Wright and which depicts ‘The Children of Hugh and Sarah Wood of Swanwick, Derbyshire’. The painting includes a boy with a cricket bat and a girl throwing the ball.

However, it was almost a further century later that the first reports of women’s cricket in Derbyshire appeared. In June 1867 a Whitsuntide fete took place at the Derby County Asylum in Mickleover at which women’s cricket was one of the featured attractions. The Derbyshire Advertiser and Journal stated that ‘…groups of happy inmates were strolling about inspecting the ground…amusing themselves with ladies cricket…’ while a further report appeared in 1870 of ‘ladies cricket’ being played at the hospital. 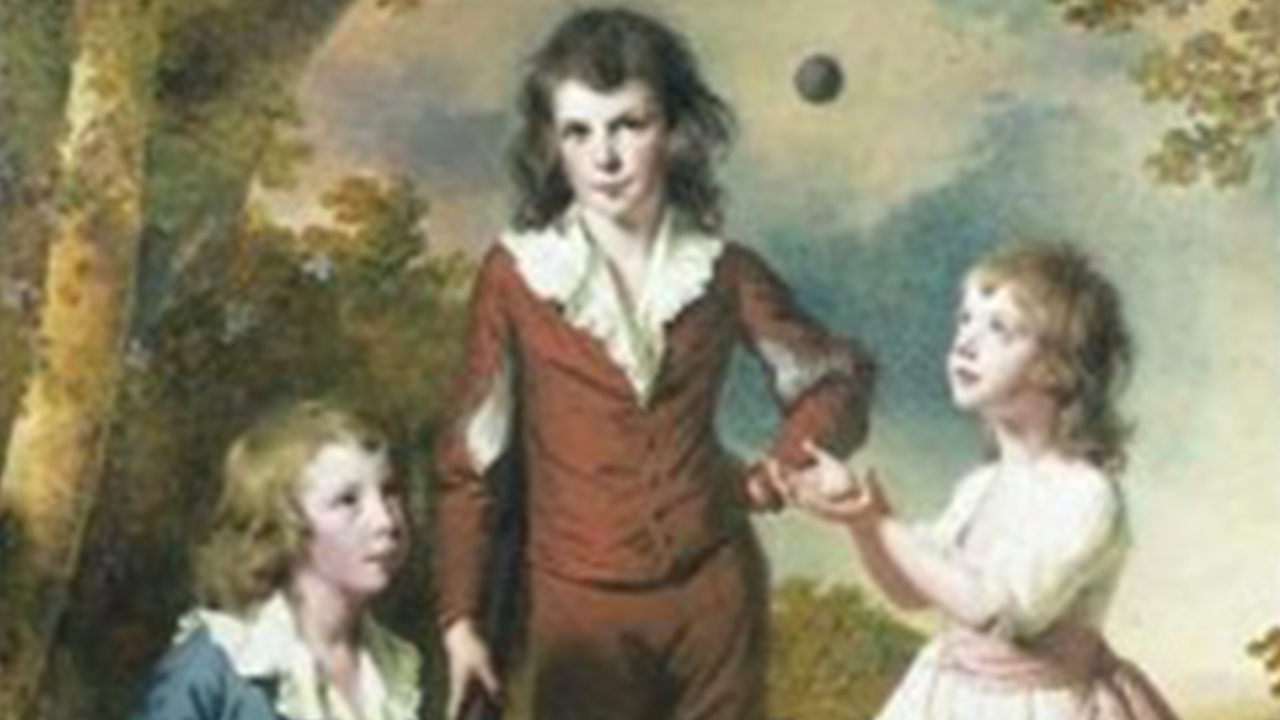 In 1888, newspapers featured accounts of ladies cricket matches in Bakewell and Buxton and in 1890 3,000 spectators watched The Original Lady Cricketers at the County Ground, Derby. Two professional teams had been formed which toured the country during 1890 and played around 30 exhibition games including this two-day match at Derby.

The Derby Daily Telegraph account of the match was complimentary about the quality of the cricket and the tour was repeated in 1891. Unfortunately, crowds were smaller and the teams folded amidst reports that the team manager had stolen the gate receipts.

At around this time, and certainly during the last decade of the 19th century matches took place between Ladies and Men, including games at Duffield, Belper Meadows, Brimington and Eckington.

It was difficult for females to access cricket grounds unless playing against males and the playing protocol included the men’s team bowling and fielding left-handed (or contrary to their usual style) and batting with broomsticks.

In February 1895 a Ladies v Men game took place on the ice in Allestree Park, Derby, and this fixture continued for many years.

There are also reports of matches between the sexes taking place at Matlock in the early 1900s and also in the 1930s, including at the Pilsley Carnival.

In 1888 the first recognised ladies cricket club in England was formed; White Heather Cricket Club, established in Yorkshire comprised women from society families and more often played away fixtures at stately homes around the country. Regular players included Lady Lucy Baldwin (wife of future Prime Minister Stanley Baldwin) who scored 53 against a team from Derbyshire at Osmaston in 1896.

The period known as cricket’s Golden Age, 1890 to 1914, saw the emergence of ladies club sides including Bakewell, Brimington, Buxton, Chesterfield, Darley Dale, Derwent Valley Ladies, Duffield, Matlock Bath, Sawley and Staveley, although many existed only briefly, and then reappeared prior to World War I alongside Dronfield Woodhouse (1912) and Holmesfield (1914).

Cricket didn’t appear to enjoy the same boom as women’s football during WWI when young women increasingly were engaged in munitions and other factory work, although there are reports of games at Ockbrook in 1917 when a women’s team played against injured soldiers at the military hospital.

Albert ‘Bertie’ Lawton, who captained Derbyshire 105 times in the first decade of the twentieth century, was the son of the managing director of Masson’s Mill at Matlock. His sister, Jessie Lawton was the star player for Derwent Valley Ladies and she reportedly bowled WG Grace three times in 12 balls at Cromford Meadow as part of a betting challenge when he was staying with the family. The incident apparently took place in 1905 but was only reported in the press in the 1930s so may well be slightly exaggerated.

Regardless, when Jessie married the Reading and England footballer Herbert Smith in 1906, wedding guests included WG Grace and Lord Hawke.

By 1921 a cup competition had entered the women’s game in the shape of the Somercotes Hospital Cup which featured four teams from either side of the Derbyshire-Nottinghamshire border competed for by teams from Eastwood, Somercotes, Tibshelf and Annesley, Eastwood beating Annesley in the final.

Cricket in the workplace was commonplace in the men’s game throughout the majority of the 20th century, and women’s teams appeared too, reflecting the increase of female participation in the workplace. Participating teams included Derby LMS, Robinson’s (Chesterfield), Rolls-Royce, Pearson’s Potteries, Boots, Players and Raleigh in Nottingham, and Bolsover and Clay Cross collieries.

In the 1920s, girls were playing cricket in schools, but largely only at all-girl establishments, typically grammar or private schools.

Seen as a summer sport compliment to lacrosse and hockey, Ockbrook (1920s) and Ernest Bailey (1930) were at the forefront of girls’ schools cricket and by the end of the 1920s, an Old Girls team was formed to represent the Parkfield Cedars School in Derby.

And in a pivotal moment for the women’s game. in March 1933 came an announcement that; ‘…for the first time in the history of cricket in Derby, women will have the opportunity of expert advice and coaching from the professional staff at the County Ground club…’.

By 1926 a Women’s Cricket Association had been established nationally although it was dominated by players from the Home Counties, with many of the early players having played at school or training to be PE teachers. The WCA constitution required counties to have three affiliated clubs in order to obtain county affiliation and Derbyshire was not typically well-represented and county association didn’t exist until the modern era.

Across the border Nottinghamshire were very well organised and had very strong representation becoming the hub for women’s cricket in the East Midlands, although

Born in Long Eaton in 1911, Muriel Lowe worked at Boots in Nottinghamshire and played cricket for their women’s team.

Lowe achieved the great honour of being the first Derbyshire woman to play for England, in 1937, playing three Tests against Australia. Her Test match scores included 42, 43 and 57, although in order to enhance her cricket she moved to Middlesex.

Three years earlier, in 1934, she had been unable to afford the self-funded England tour to Australia and having saved up and been selected for the 1939/40 tour, was thwarted by the outbreak of World War II.

Lowe served her country during the war, and afterwards studied at Stanford University in the USA as a mature student. Subsequently becoming a travel agent, she died in Winchester in 1966. 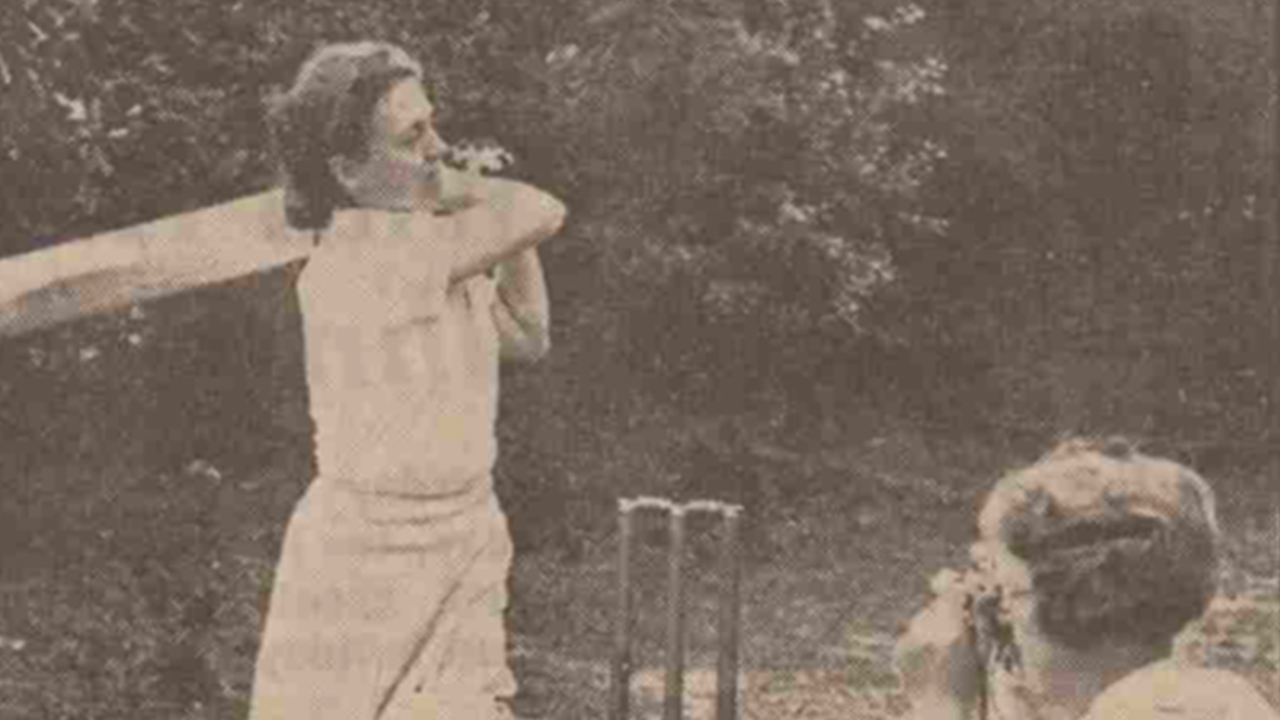 Wendy Watson, born in Belper in 1960, played senior men’s team cricket at Ambergate and made her England debut in 1987 appearing in seven Tests and 23 ODIs between 1987 and 1993 averaging 48 as an opener in one day matches with a top score of 107 not out.

She played in the World Cup finals of 1988 and 1993, earning a winner’s medal in the latter final as England beat New Zealand by 67 runs at Lord’s.

Captain of the first Women’s MCC team, she scored a century in her first game against Surrey Under-21s.

The 1990s saw the re-emergence of women’s club teams, particularly at Denby and Spondon, and the emergence of Sue Redfern, another player who represented England.

The biggest boost to women’s cricket in Derbyshire came with the ICC Women’ World Cup in 2017 which saw Derby hosting the opening ceremony, a number of group games, and a semi-final. 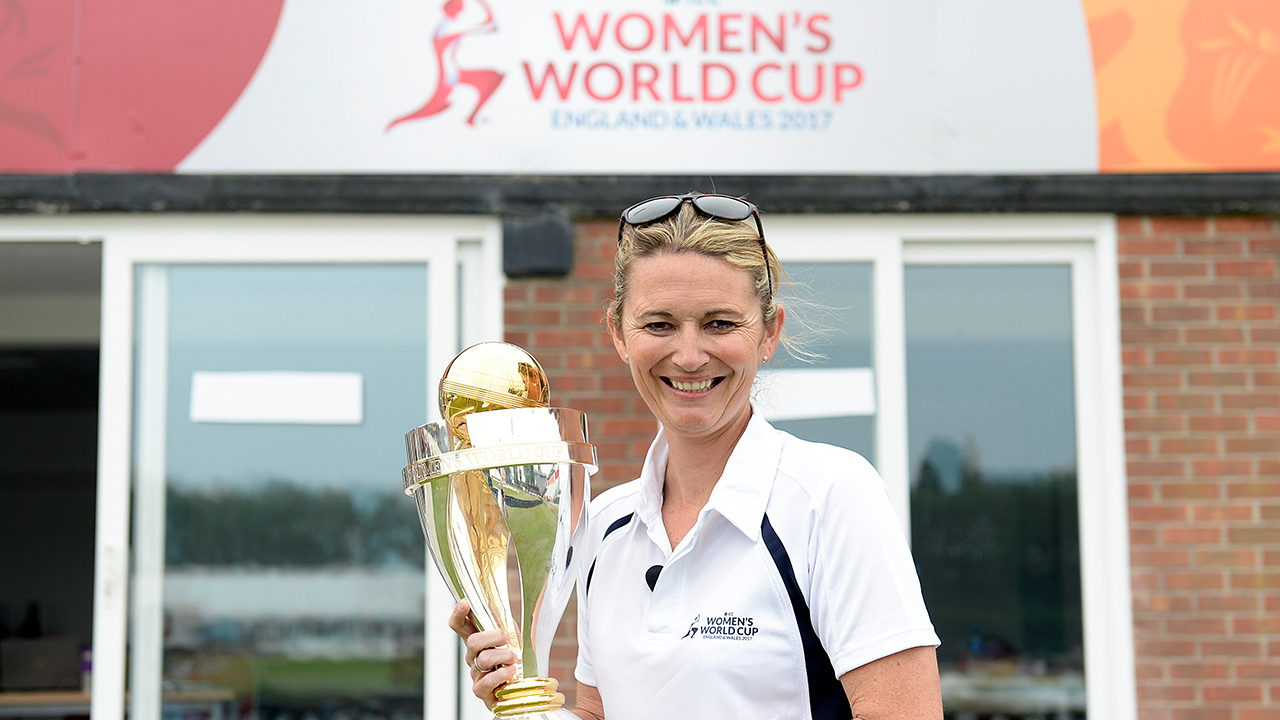 With multiple sold-out matches, world class international players, and every game televised to a worldwide audience – all in addition to an England win in the final at Lord’s – the profile of women’s cricket had never been higher in Derbyshire.

Danielle Wyatt, a graduate of the Derbyshire Academy, featured in the winning England squad, playing 5 games en route to Lord’s, although missing out on the final.

And more recently, Sarah Glenn, Derby-born and from Denby Cricket Club, has established herself in the England side bowling leg breaks and at the time of writing has taken 45 international wickets at an average of just 17.33.

As such, the opportunities for cricket in the county on offer for girls and women have been enhanced by the raised profile of the game and the county can offer Women’s Softball, Women’s Hardball and Girl’s Cricket, and in addition to the Women’s First XI, the Derbyshire Cricket Foundation runs county squads for girls aged U18, U15, U13 and U11.

From the county squads, selected players are then invited to attend winter training sessions after which the final squad is determined.

So, 232 years after the Joseph Wright painting, and more than a century after women played against men forced to bat with a broomstick, the game has probably advanced beyond anything anticipated back in the earliest days of women’s cricket.

On International Women’s Day, it’s good to see that those who participate in women’s and girl’s cricket in Derbyshire today have such a rich and fascinating history to reflect upon.

The author of this article would like to thank Bob Blenkinsopp for his excellent research which made this a far simpler piece of written work than would otherwise have been the case.