See the World Cup finalists in Derby this summer 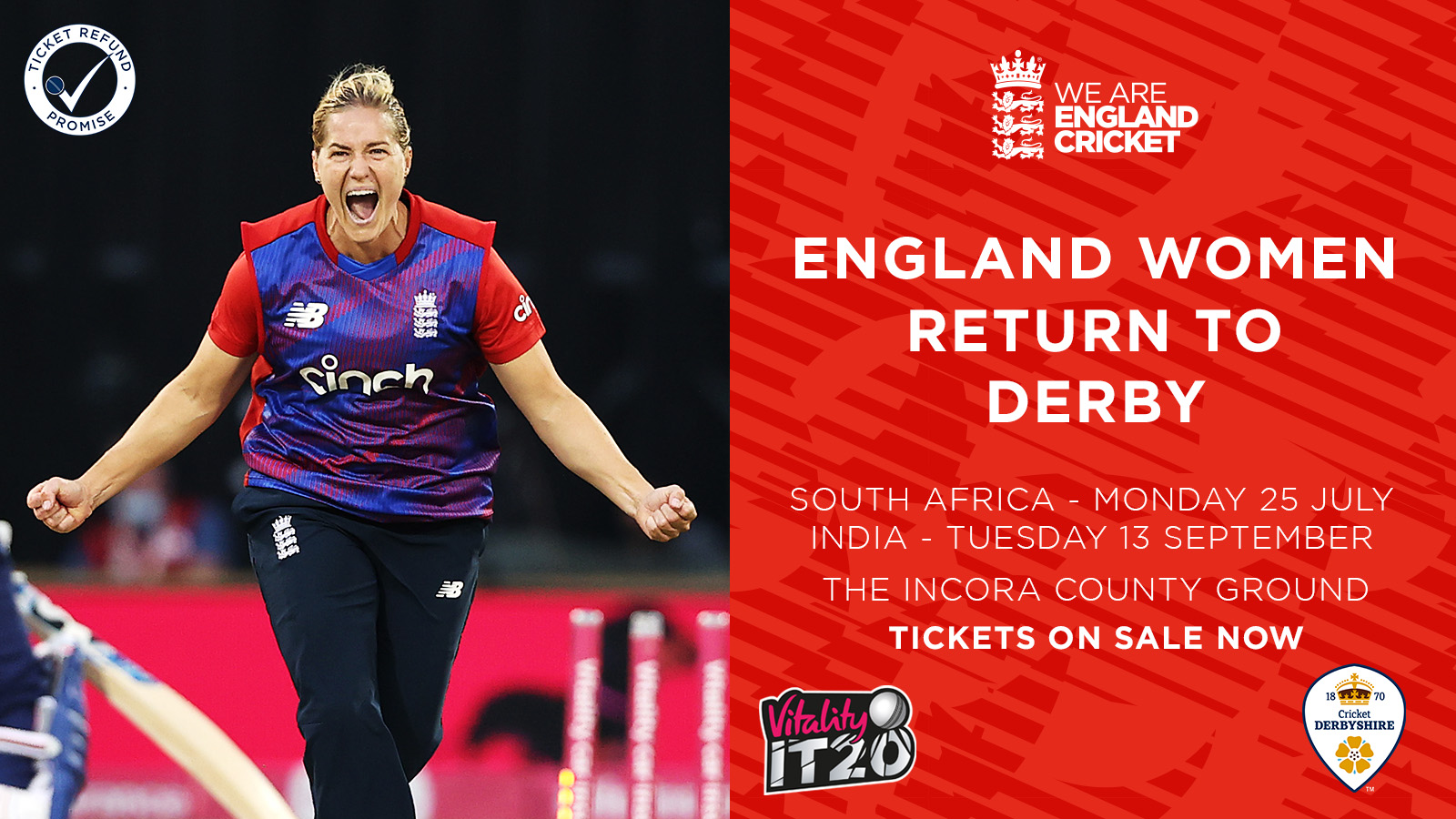 Having once again proved that they’re among the very best sides in the world, Heather Knight’s England side will now look to extend their unbeaten streak in Derby, which began in 2017 and has seen the likes of the West Indies and New Zealand defeated.

The World Cup final appearance was the culmination of a strong period for England, who themselves won the trophy in 2017 and have not lost a series on home soil since 2019.

The international calendar at The Incora County Ground kicks off against South Africa on Monday 25 July, before India travel to Derby on Tuesday 13 September.

A raft of world-class talent is set to be on show, including Shafali Verma, Deepti Sharma, Lizelle Lee and Shabnim Ismail all set to visit Derby, while England’s Sophie Ecclestone is ranked as the best bowler in the world across all white ball formats, with Derbyshire-born Sarah Glenn taking the number two spot bowler rankings.

Glenn was named Player of the Series as England played and won all five games again the West Indies at The Incora County Ground in 2020, while it was captain Knight who stole the show last year, with a stunning century to clinch the ODI series against New Zealand.

Tickets are on sale now, 2022 Members should note that these fixtures are included in their Membership package and are not required to claim a ticket.