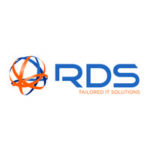 Reece made his debut for Derbyshire in 2017 and marked his first appearance with an innings of 168 against Northamptonshire at Derby.

A true all-rounder, he had an outstanding summer in 2019 scoring 1,579 runs and taking 70 wickets, the best return by a Derbyshire all-rounder for 44 years.

Against Sussex in 2019, he scored a breathtaking 184 and took 5-63 becoming just the 12th player to score a century and take 5 wickets in an innings in the same match.

He was awarded his County Cap in 2019