News, & Together, We Are All Derbyshire
Written by Tom Skinner 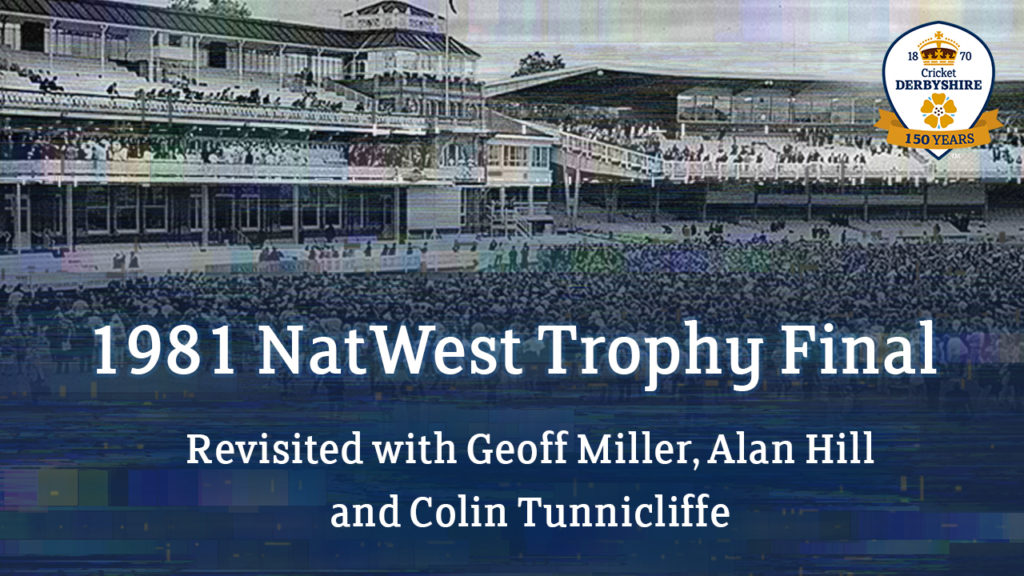 It’s an iconic moment in Derbyshire’s 150-year history – the 1981 NatWest Trophy victory in front of thousands of travelling Derbyshire supporters.

Hear from Geoff Miller, who started that season as captain, as well as opening batsman Alan ‘Bud’ Hill and the tournament’s leading wicket-taker, Colin Tunnicliffe, as the trio re-watch highlights of that memorable day.

Join us for the ‘live’ watchalong from 11am on Sunday.

If you are unable to join us live, you can still catch-up on the action which will remain on the club’s YouTube channel HERE.

Together, We Are All Derbyshire. Share memories, favourite moments and engage with fellow supporters. Get in touch on social media, at info@derbyshireccc.com, or call 01332 388 101.

We go back to the momentous sporting summer of 1981 when Derbyshire won the NatWest Trophy.
Read
Share:
mail